Every drug and development path is unique.
Our team is ready for the challenge.

We are a team of seasoned pharmaceutical and biotechnology professionals with a broad range of expertise.

Dan Smithey is the CEO and a co-founder of Serán BioScience. His 30-year career has been focused on research and process development for poorly soluble drugs, and building pharma organizations.

He has led numerous NCE development teams, many of which involved novel approaches requiring multi-disciplinary technology development in discovery, development, and cGMP environments.  Dan was a co-founder of Agere Pharma, which was acquired by Patheon.

Dan has authored 25 publications and is named on 34 patents and holds a PhD in Physics. 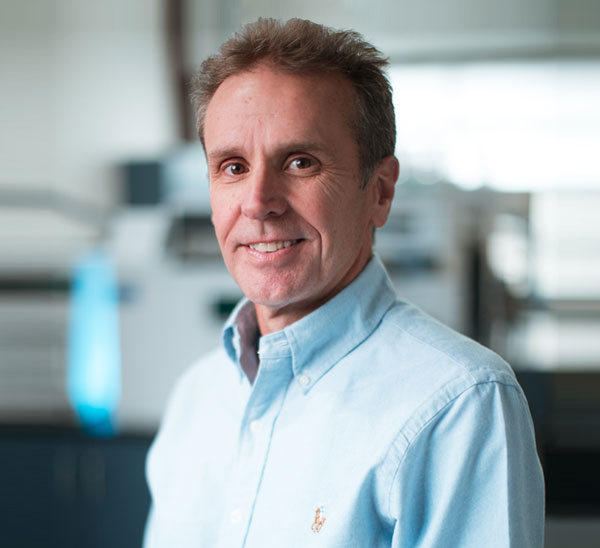 John Melvin is the President, and a co-founder of Serán BioScience. Over his 35-year career, John has worked on hundreds of compounds during development and scaleup to GMP manufacturing.

After beginning his career as a forensic scientist with the Oregon State Police Crime Laboratory, John founded a private laboratory that performed method development and analytical testing for the pharma industry. He has been on the build team for several GMP facilities, including a large commercial facility in Ireland.  He is an expert in pharmaceutical development, quality assurance and regulatory affairs.

Erica has over 10 years of experience in pharmaceutical formulation development, process chemistry, and the early stage development of novel drug delivery systems, and prior to joining Serán she worked at Genentech, Seattle Genetics, and Regeneron. 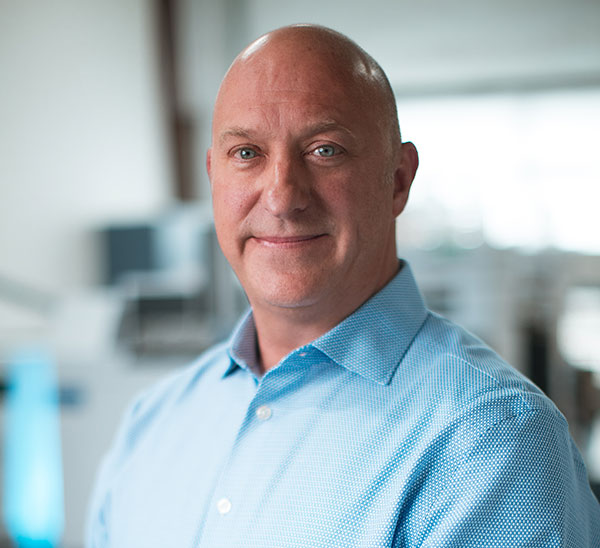 Chip has also had a Quality Assurance role at a large CDMO and advanced to roles of increasing responsibility, including QA Manager, overseeing clinical and commercial production teams. 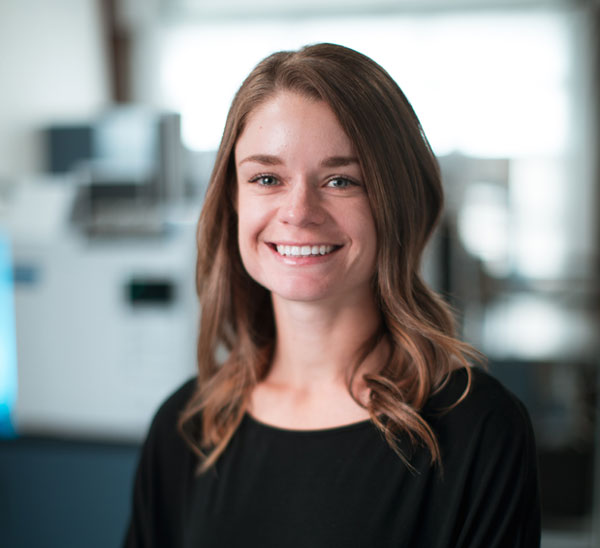 Mandy Cameron is the Quality Assurance Director at Serán. She has the distinction of being the very first employee hired at Serán. In her role she helped build and implement the quality management system (QMS) and oversees its’ continuous improvement. She personally manages quality inspections and audits and communicates performance of the QMS to all levels of management.

Mandy began her pharma career in the quality control laboratory of a well-known CDMO. This led to a position on their pre-approval inspection team. She has had high-level participation in world-wide regulatory inspections as a member of that Company’s quality assurance department and the approval of its’ first commercial product.

Mandy majored in Chemistry with a minor in Mathematics. She also holds an MS in Chemistry from the University of Oregon.

Ben Franks is Serán’s Director of Quality Control and Analytical Sciences, and leads the analytical method development and validation teams. He has more than a decade in the pharmaceutical industry which includes several years in a commercial parenteral facility.

Ben is an expert on regulatory guidance documents and multi-compendial analytical testing/validation. His experience spans all phases of drug development and testing, covering most therapeutic areas.  In recent years he has gained substantial expertise with low solubility compounds and has developed analytical strategies for dozens of challenging new compounds.

Mark Kastantin is the Director of Engineering at Serán. In this role he leads the team that conducts particle engineering and process development studies.  He is heavily involved in the development of new technologies and processes.

After an NIH postdoctoral fellowship and a term as an Assistant Research Professor at the University of Colorado, Mark took a position at Lonza to lead a team in early phase process development.

He has published over 30 peer reviewed articles in diverse fields including protein behavior at interfaces, microfabrication techniques, polymer physics, and single-molecule microscopy. 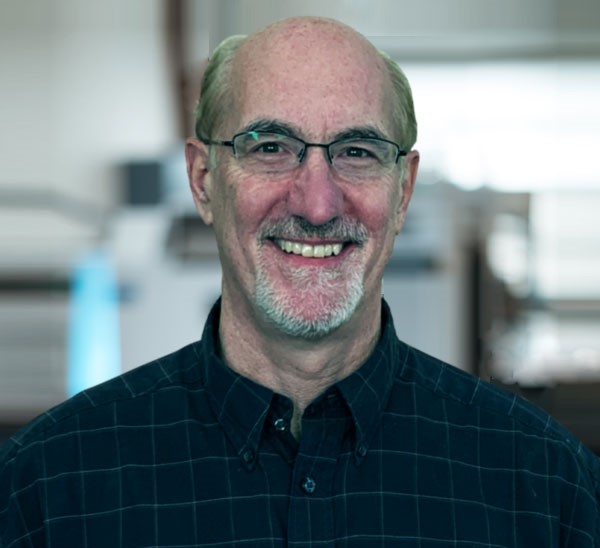 Director of Drug Delivery and Formulations

Director of Drug Delivery and Formulations

Randy is Serán's Director of Drug Delivery and Formulations. In this role, he leads a team which develops formulations, technologies, and manufacturing processes for immediate and modified release dosage forms.

The first 23 years of Randy's career were at Upjohn, during which the company navigated several mergers including Pharmacia & Upjohn, Pharmacia, and Pfizer. Throughout his tenure at Upjohn/Pharmacia/Pfizer, Randy focused on modified release approaches and poorly soluble drug delivery. Randy's responsibilities included adapting and developing new technologies, preclinical and clinical-stage product development, and commercial scaleup and production support both internally and at CMOs.

Randy then moved out West to join Bend Research, which was eventually acquired by Capsugel and then Lonza.  During his 13-year career at Bend Research/Capsugel, Randy served in various roles as Scientist, Director, and Research Fellow. His achievements included establishing and building Bend Research/Capsugel's oral solid dosage form and clinical manufacturing capabilities, as well as developing enabling technologies for drug products spanning preclinical, clinical, and commercial scaleup.

Following his tenure at Bend Research/Capsugel, Randy devoted the next two years of his career to working on FDA and NIH grant projects involving multi-stage biorelevant dissolution, microneedles, and inhalation products at the University of Michigan Pharmaceutical Sciences department and TSRL. Inc.

After wrapping up his work at Michigan and TSRL, Randy joined Serán in 2019. He holds a BS in Pharmacy from the University of Minnesota. 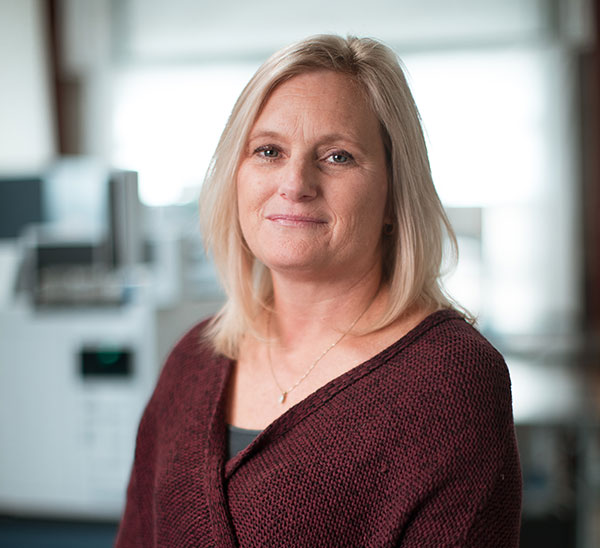 Stacey Klar is Serán’s Administrative Manager. As well as overseeing HR and assisting with finance operations, Stacey is involved with procurement, client accounts, and document management. She is relatively new to the pharmaceutical industry but has more than 15 years of experience running a large medical office and knows how to get things done.